My First Review of the Trailblazer Alfresco 120 Charcoal BBQ

My First Review of the Trailblazer Alfresco 120 Charcoal BBQ

Having been a member of the Trailblazer team for over a year now, I have had the pleasure of seeing and working within many areas of the company.

From seeing the Trailblazer range being built from scratch, upgraded, sold, serviced, used and frequently receiving positive customer feedback it didn’t take me long to realise just how unrivalled and superior Trailblazer BBQ is in the marketplace.

From day one I had always taken a shine to the Trailblazer range. However at the time, Trailblazer was very much a commercial range and therefore it wasn’t feasible to even think about owning my own Trailblazer BBQ.

But then the Alfresco 120 was born! 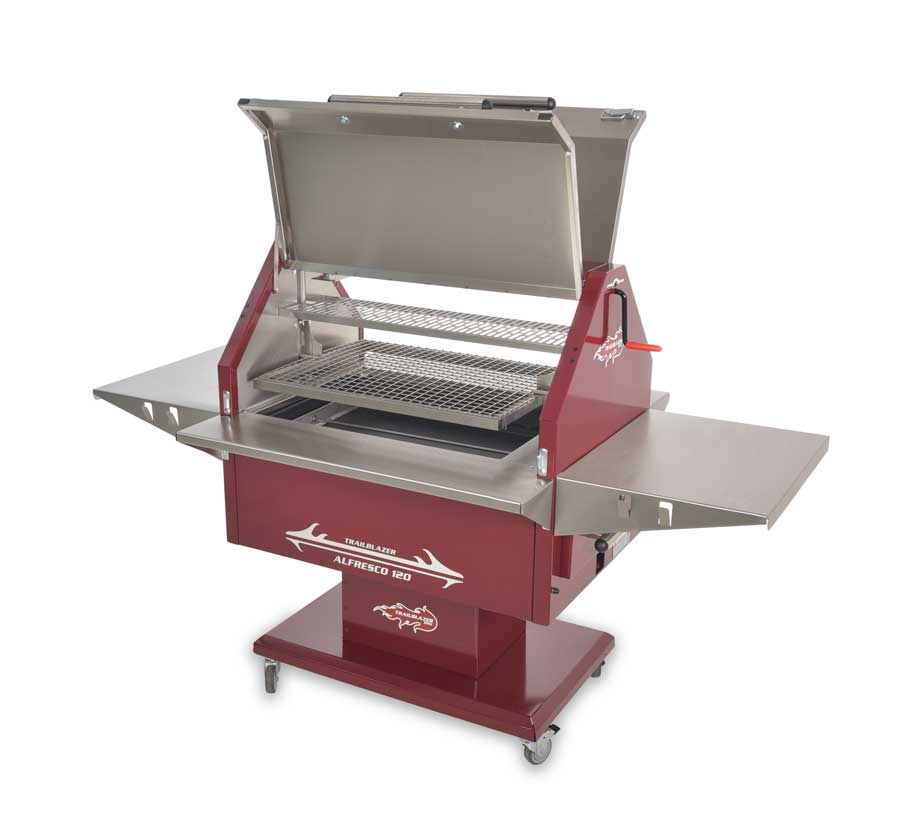 Equipped with revolutionary features similar to its bigger brothers, the Alfresco 120 is Trailblazer’s first ever ‘prosumer’ product… and I had to get one.

From the three available colours, I decided to go for a Jet Red Alfresco. 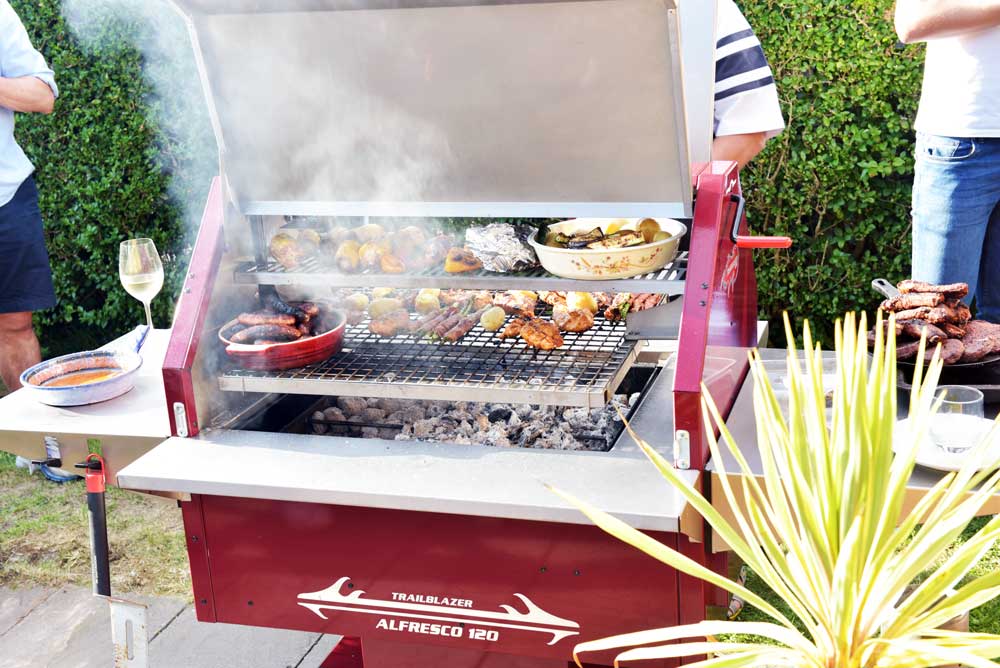 Undoubtably, since buying the Alfresco 120 we are finding ourselves using any excuse to get it lit & enjoy some family time over a beautifully seared meal.

Our Trailblazer has the whole family stoked as I frequently find my dad searching online for new BBQ ideas & charcoal cooking tips. My mum has actually ordered new garden furniture as the Alfresco transforms our garden and makes our current setup look outdated and worn.

Last weekend was my cousin’s birthday so we invited him over for… yes, another BBQ. I had my dad man the grill whilst I jolted about the garden taking some snapshots. 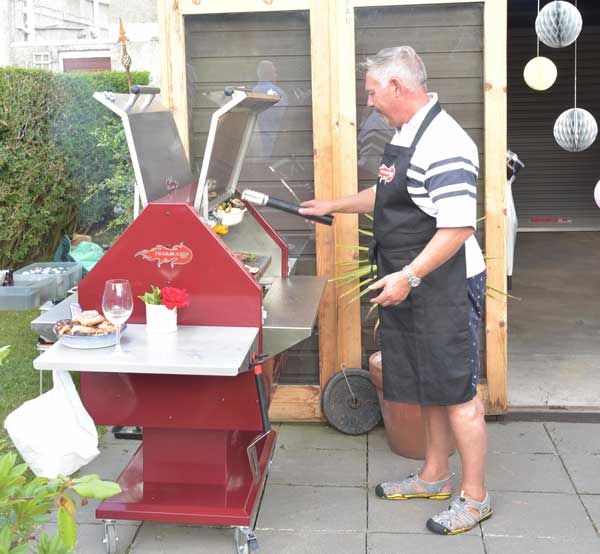 After hearing the guys in work rave about barbecued asparagus wrapped in bacon, I had to give it a go and my gosh they didn’t disappoint!

Eager to get creative on the Trailblazer, I ordered a pizza dome online that was to be used to cover a pizza stone. Having arrived just in time for my cousins birthday BBQ it was a shame to realise I had in fact ordered a 8” melting dome. Despite no pizza, it was still put to great use in melting cheese over the juicy burgers. 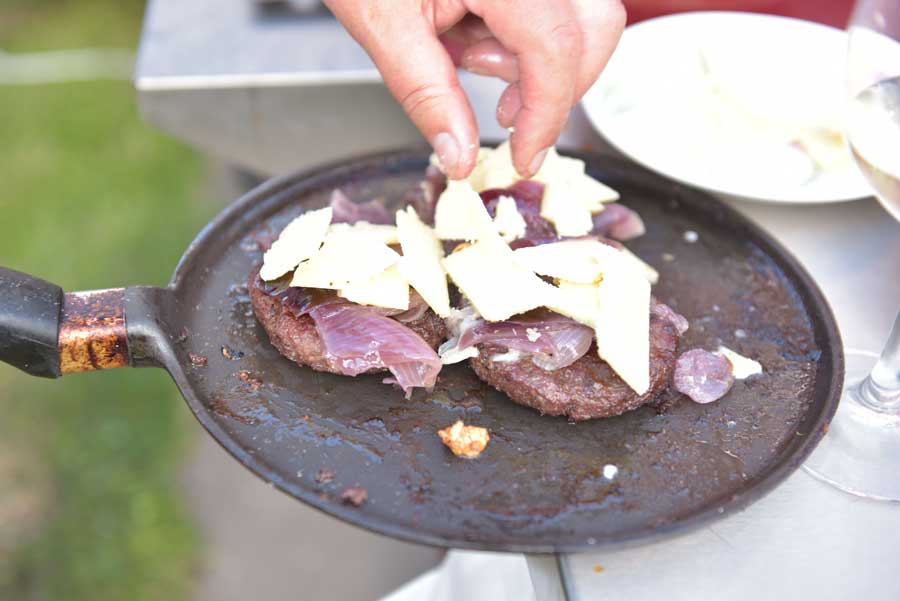 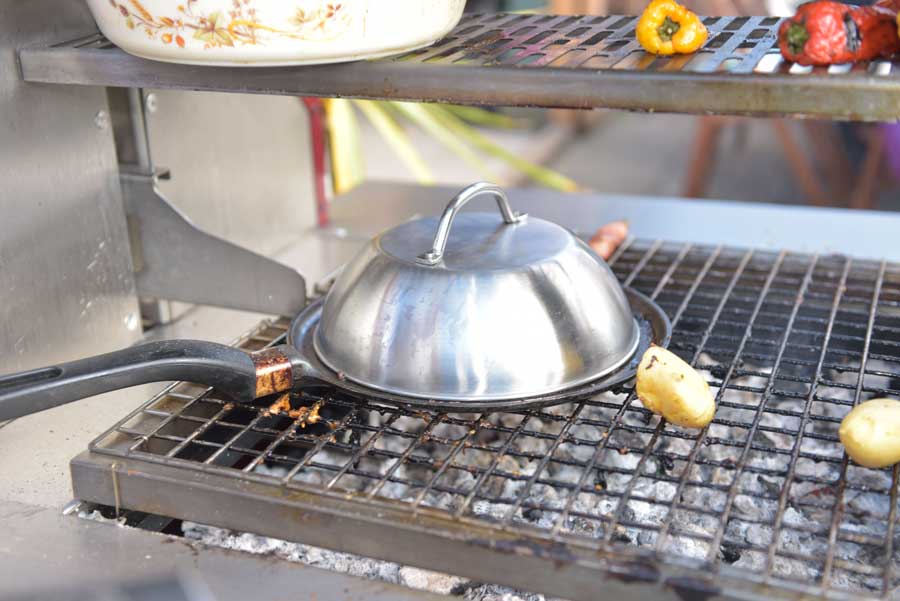 One of my favourite features of the Alfresco 120 is the ability to raise & lower the grill. The adjustable grill has already proved to be a party saver as it’s no secret that I’m no Gordon Ramsay. Without the ability to control the heat at the touch of a finger, many family members would have had to bravely enjoy an incinerated dinner.

Comparing the Alfresco 120 to our old charcoal BBQ really has no comparison. When barbecuing with our old kettle style BBQ it was like playing a competitive game of Tetris in order to try and get as much food squashed onto the small grill frame as possible. Often family members were left hangrily waiting for their portion to be cooked. Due to the Alfrescos largely superior grill size, it is no problem feeding the party in one sitting! 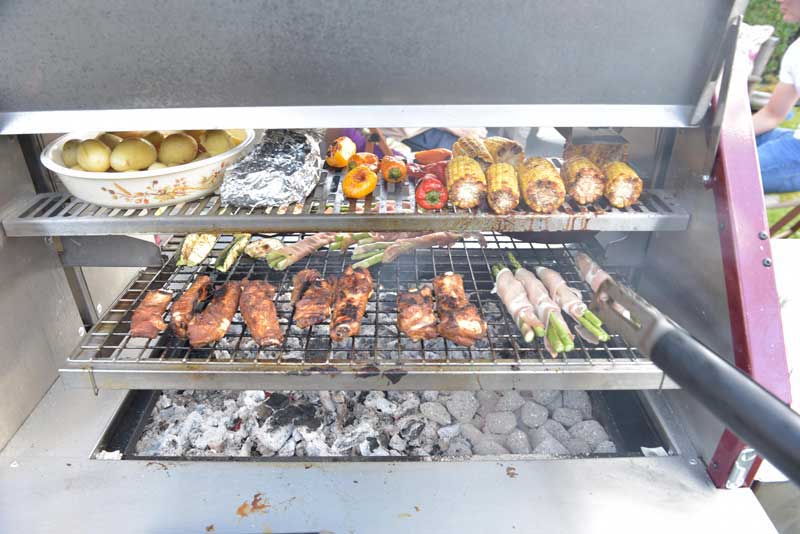 After having several uses of the Alfresco, one thing has become clear. You will have no problem in appointing a chef for the BBQ, as people are jumping to get their hand in and turn a few burgers. The design, theatre and look of my Trailblazer is a real head turner and has really become the main talking point of our BBQ nights!

Trailblazing Into The African Continent!